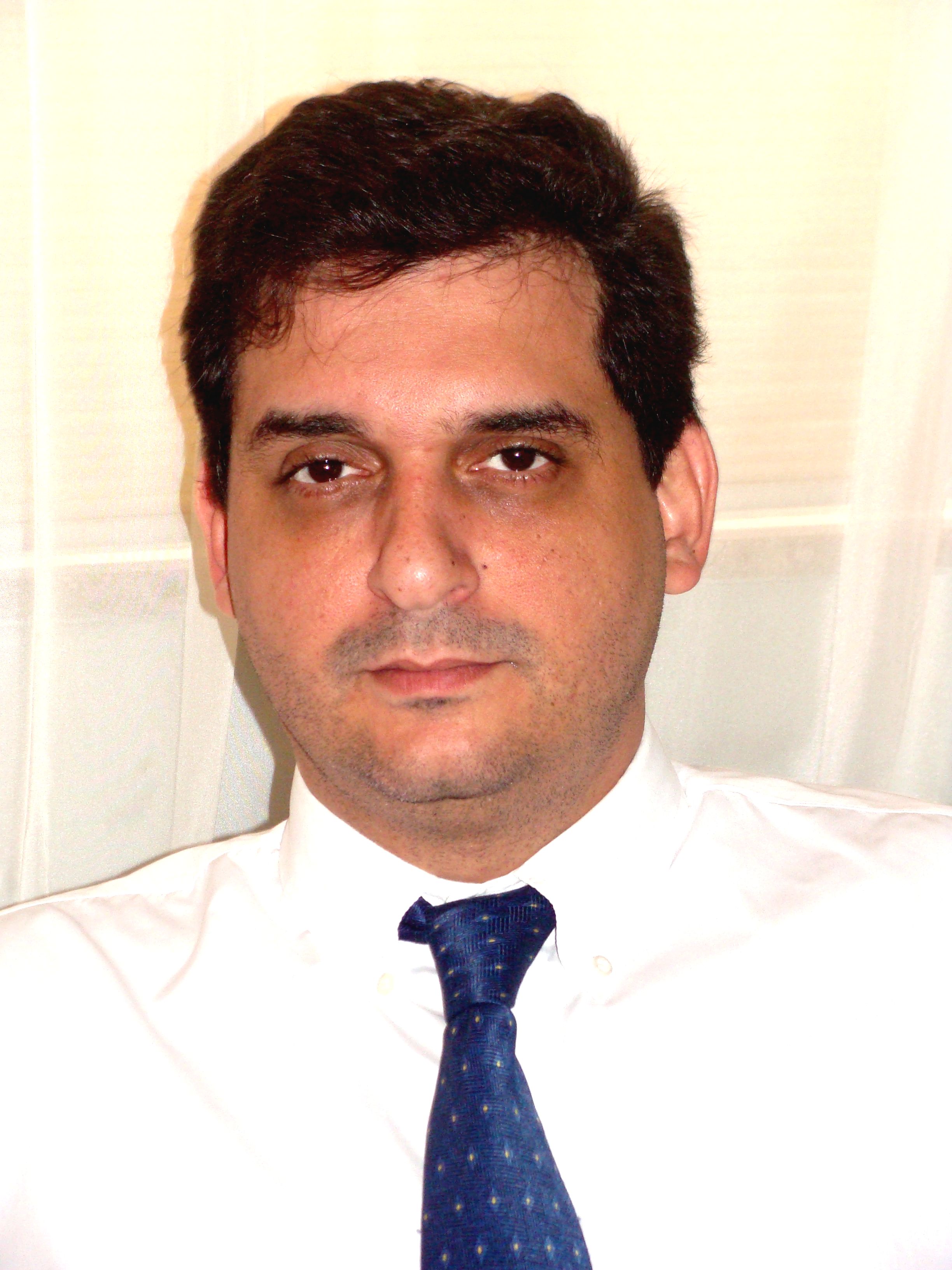 The Girth From Ipanema: Inside Brazil’s Obesity Epidemic

Somewhere along the line, bikini-loving Brazil swapped samba for sandwiches

A roundish woman in a parachute-shaped chiffon blouse struggles to her feet and steadies herself against the arm of her chair. “I have diabetes, high blood pressure and had two partial strokes,” she tells a crowded auditorium. “I want my health back.”
Murmurs of approval course through the room on the penthouse floor of a Rio de Janeiro medical building, where every seat is occupied and latecomers stand in the aisles. Moments later, another bulky woman stands. “I want to be the 145-pound woman I never was,” she says.

On a roll now, others rise and speak. “I never want to get stuck in a turnstile again,” says a woman in a tightly stretched tube dress. “I just want to be able to cross my legs,” sighs another, to a chorus of amens.
It’s Monday night at Dr. Guilherme Cotta’s seminar on obesity, but it has the feel of a Christian revival meeting. Once a month, the seasoned 43-year-old surgeon sheds his green operating-room scrubs, dons a tie and freshly pressed lab coat and takes the dais in a spacious classroom, six floors above his clinic.

Some in the audience tonight are his patients, people recovering from stomach reduction surgery and seeking follow-up health tips. But most are waiting their turn under the knife, praying that the man in the white coat can bring them a new silhouette and the healthy life that years of workouts, psychological counseling, starvation diets and appetite suppressants have failed to deliver. Cotta makes no money from these lectures, which play to packed houses every month. But they serve as a combination of pep talk, patient’s guide and marketing tool for his trade.

“BEFORE, YOU HAD TO SAVE UP TO GO OUT FOR A BURGER AND FRIES. NOW ALMOST EVERYBODY HAS MONEY TO BURN." —DR. GUILHERME COTTA

Lately, the trade is booming. Physicians call it bariatric surgery, the technical term for a suite of operating procedures by which part or all of the stomach is removed. The idea is as simple as it is radical: Downsize the body’s holding tank for food and you kill the appetite and accelerate digestion. The quicker food moves through the system, the less fat is absorbed. In 2003, some 17,000 Brazilians submitted to bariatric surgery. Last year, 80,000 did, making Brazil the world’s leading nation for stomach reduction surgeries after the United States.

It’s no fad. The girl from Ipanema isn’t what she used to be. In a country known for its string bikinis and exhibitionism, fully two thirds of adults are now overweight. One in five are now clinically obese, which physicians define in terms of body mass index, a ratio of weight to height. Worse still, the nation’s waistline is expanding three times faster than those in wealthier countries such as the United States. “This isn’t a problem of aesthetics or mere poor nutrition,” Cotta says. “Obesity is a public health pandemic, and Brazil is part of the problem.”
The growing Brazilian queue at the OR is a symptom of a global plague of weight gain brought on by changes in the way we all eat, work and play. The problem started in the world’s wealthiest countries, where fatty foods and fizzy drinks dominate the menu. Throw in all the sweat-saving gizmos of modern society, from the remote control to the escalator, which have engineered exercise out of our lives, and suddenly, you have the perfect caloric storm.

While adults in nations of plenty are still the world’s heavyweight champions, the global scales are tipping quickly. And the obesity rates of developing countries such as Kuwait, South Africa, Samoa and Venezuela are on track to surpass their wealthier counterparts. From 1980 to 2008, the numbers of obese people in the developing world more than tripled, from 250 million to 904 million. That’s nearly twice as fast as in developed nations. Today, two of every three of the world’s 1.46 billion overweight people live in poorer countries.
The reason: With growth comes girth. While the poor in regions such as Asia, Africa and Latin America still struggle with malnutrition, prosperity has lifted millions out of poverty and into the middle class, expanding their waistlines along the way.

Latin America may be in the gravest danger. Last year, Mexico overtook the U.S. to become the fattest nation on the planet, according to a report by the United Nations Food and Agriculture Organization. More than 32% of Mexicans are obese, compared with more than 31% of Americans. Anotherstudy showed that heart disease trumps homicide crime as the leading cause of death south of the Rio Grande.
Though Brazil is not the worst offender, this Latin juggernaut is clearly at risk. The rush to the fast-growing cities, falling fertility rates and more young people hitting the job market have lifted 40 million out of poverty in the last two decades and made the historically paltry middle class a majority.
The newcomers are busy gobbling their way up the economic food chain, and more and more of them are pouring their extra purchasing power into the deep fat fryer. McDonald’s opened in Brazil in 1979. Now there are nearly 1,000 golden arches where there’s always a line in 190 cities. “Before, you had to save up to go out for a burger and fries,” Cotta says. “Now almost everybody has money to burn.”

“I TRIED DIETING, LOST WEIGHT, THEN GAINED IT ALL BACK, LIKE AN ACCORDION. SURGERY WAS THE ONLY WAY." —DÉBORA MARTINEZ

Adding to the Brazilian bulge is the insipid routine of city life, where urbanites (now 85% of the population) ride to work crammed in buses and trains, wolf down fast-food lunches, and then beeline home to the couch for the telenovela. The two- and three-hour commutes leave little time for leisure or exercise, and urban sprawl has swallowed playgrounds and soccer fields. “The poor are the most vulnerable,” says endocrinologist Walmir Coutinho, president of the London-based International Association for the Study of Obesity. “The fattiest foods are also the cheapest. And what use is it to encourage people to exercise when they have no time or place to work out?”

Débora Martinez knows the drill. Five years ago, at age 32, she tipped the scales at 520 pounds. Her joints ached, and she could hardly walk. Her cholesterol was in the red, she was depressed and her blood sugar was off the charts. “I tried dieting, lost weight, then gained it all back, like an accordion,” she recalls. “Surgery was the only way.”
Martinez rang Cotta, who had operated on a friend of her sister. She settled on a gastric sleeve, a procedure in which the surgeon resections the stomach from its normal balloon shape into a narrow canal. Martinez’s appetite plunged. She dropped 195 pounds in four years. And when she started to put on weight again, she went back under the knife, this time for a total bypass, eliminating all vestiges of the stomach. At 277 pounds, she’s far from satisfied. “I’m on the treadmill, lifting weights and in the pool three hours a day,” she says. Her goal: 185 pounds. “I want to be a mom and need to get healthy first,” she says.

Will power is important for weight loss, but health professionals in Latin America are now calling for a full-blown policy rebellion. Mexico last year passed a junk food tax, raising the prices of sugary drinks and fatty food. Uruguay and Chile have adopted stricter food labels. Ecuador went further, requiring the food industry to slap a traffic light-like warning system on packages: green for health, red for junk.
Many physicians argue that developing countries have to start treating healthy food like they do tobacco, with stiff taxes and scare tactics. But even these may be half measures. “We can quit tobacco and survive, but we can’t live without food,” says Coutinho, the endocrinologist. “Curing the obesity epidemic is a problem as difficult as stopping global warming.”
Slowly, the wonks and white coats appear to be getting through to the masses. The Brazilian government now underwrites operations, which can run $15,000 or more, for low-income patients, while the powerful national medical association pressured health insurance providers into covering cutting-edge bariatric surgery.

Operating since 2002, Cotta keeps track of his surgeries like frequent fliers log miles. “I have 1,360 to date,” says the Rio-based doctor. To judge from his fan mail, the surgeon’s blade is the quickest way to hearts and minds.
Testimonials on his clinic’s Facebook page run from grateful to gushing. “If I wrote down my full praise, I’d take up all the space,” says one fan. Cotta and his team “gave me a new life,” adds another.
To the svelte and sleek, the praise might seem over the top. But for those who see themselves trapped in a body they can no longer support or control, the enthusiasm seems only natural. “I’m tired of being the fat person people point to as a reference point in the crowd,” says Fatima Maria Gomes Batista.
At age 35, carrying 238 pounds on her 5-feet-2 frame, she went under the knife last week. “I never,” she says, “want to hear that I have a cute face again.”